October 28, 2009
I have been wanting to try Sally Hansen Carmindy line powder blush for a long while after I have gotten the lipsticks, eyeshadow trio and the cream blush since their quality is quite impressive for a drugstore brand. I waited for a sale and finally it's here in ULTA! 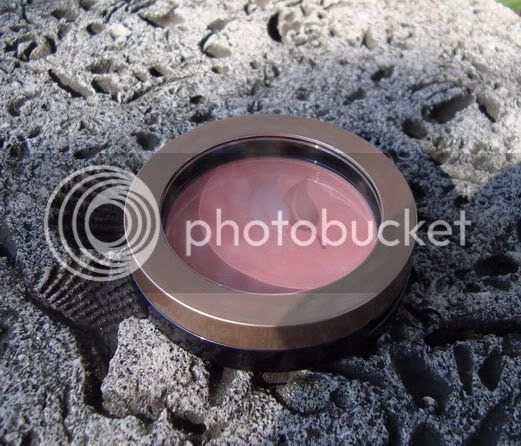 Sally Hansen Natural Beauty Inspired by Carmindy Powder Blush (what a mouthful...) is packaged like a bigger version of their fast fix eyeshadow base. I really like the packaging because they not only look quite long wearing and visually pleasing (I think they look more well-made/substantial than those $18 too faced blushes) , the fact that there is no brush (most blush included in blushes are too flimsy anyway) or mirror makes it a nice one to stuff in my makeup bag (you know, I like to carry my own mirror and sometime carrying a NARS and my own mirror makes me feel stupid) or on a pretty tray to display. 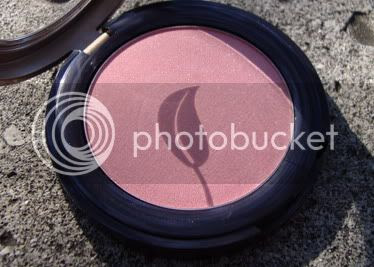 The shade Ethereal, lightest shade in the range, is a neutral pink (sometime it looks warm while other time it looks cool) that's quite similar to the cream blush in Beaming from the same line (remember the blusher I hit pan from doing all the midnight clown makeup?) Actually, I picked it up extacly for the same reason as why I got that specific shade of cream blush: the color looks like it shouldn't be too difficult to work with (considered the rest are brick red, light brown...). 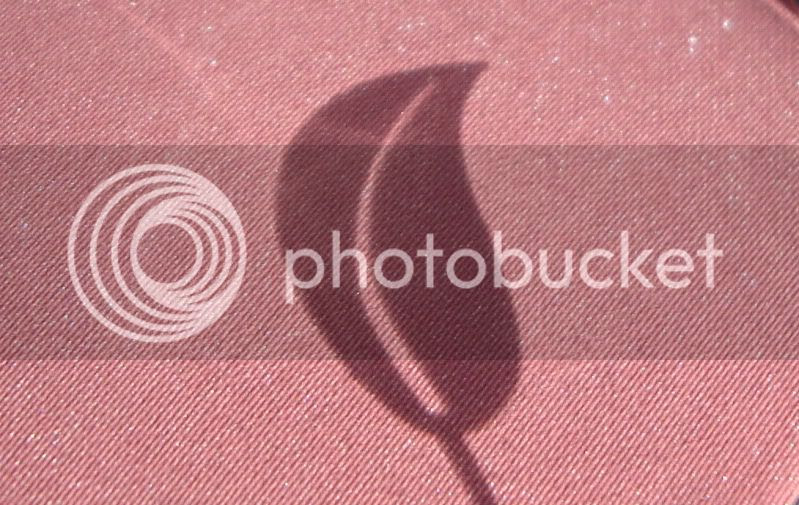 It turns out that Ethereal creates a very similar effect (and side-effect!) as the cream blush in Beaming: The soft pink (this powder blush has more noticeable silvery shimmer than the cream version but the shimmers are not too flaw-enhancing) gives a tad bit of soft sweet cheeks and a fresh look that's indeed difficult to go wrong. There is something I am not a big fan of: As I am building up the color by layering the blush (who knows, I want my face to look like a monkey's buttock), I am also building up a powdery/cloudy finish, which I have never experienced with high-end powder blush, those high end blushes seem to contain more see-through pigments in a silky base.

Actually, the caking issue after over-layering shouldn't be a big deal, since the "Natural Beauty" blush is not supposed to be layered to that intensity anyway. ( I still don't like it because it's pink and boring.)
- Sally Hansen Cheek Color 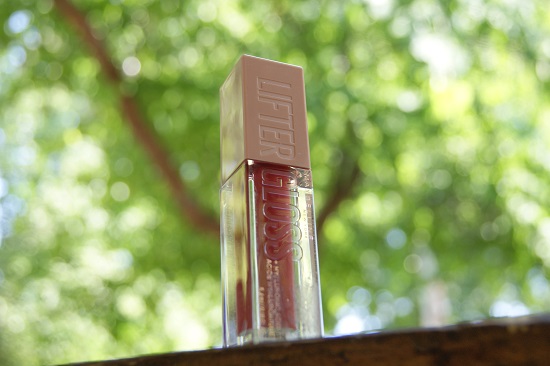 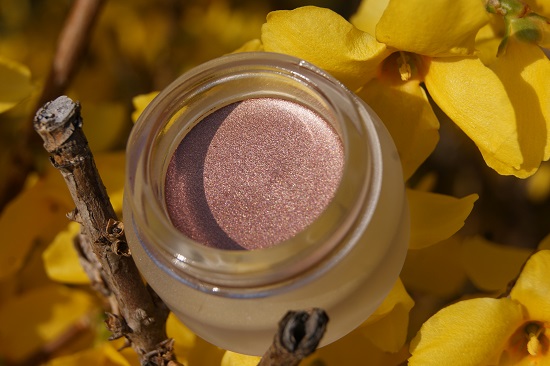 Like many people, I am also trying to stay away from fast fashion brands. Every week I am just guilty of the amount of waste I produce. Anyway once in a While I still like to visit And Other Stories (don't worry their pricing generally keeps me away) because their designs and...their makeup collection actually look somewhat exciting. During one of my trips - I saw this pot of cream shadow and it was love at  first swatch. Because I am always for a good metallic beige rose gold.  The jar is hefty and box shows the shade name right at the front. It looks and feels nicer than drugstore brands and good enough for the $15 price tag. Midnight Dahlia is a metallic rose gold beige with strong pigmentation, a very thin and skin fitting texture and great staying power. The particular shade is the kind that defines and brightens at the same time. It goes on slightly wet but dries quickly and sets exactly where you put it on (sometime with a harsh border but that's how most w 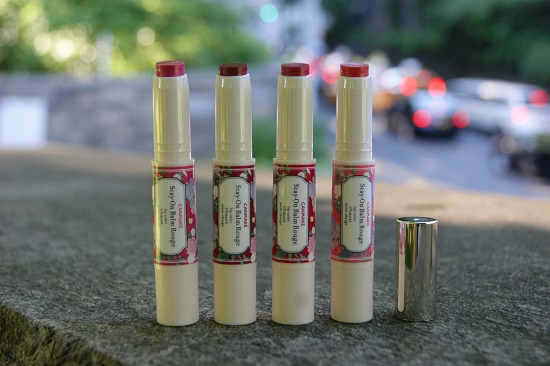